CINDY BLACKSTOCK has been described as the ‘relentless moral voice’ for First Nations equality, a ‘rock star social worker’, and even ‘Canada’s Martin Luther King’.

SOME CALL CINDY BLACKSTOCK THE "RELENTLESS AND MORAL VOICE" FOR FIRST NATION'S EQUALITY, a “rock star social worker”, and even “Canada’s Martin Luther King”. She may be all that. But what Cindy Blackstock is most is a tenacious and victorious leader in the fight for, and defender of, the rights of our 163,000 indigenous children.

Cindy leads that fight as the Executive Director of the First Nations Child and Family Caring Society of Canada. She is determined to have our indigenous children come to know how very much they matter in a world that tells them they don’t. Her basic premise is simple: First Nation’s children deserve to be treated the same as all other Canadian children.

Battling to a win

The sad truth is that in the many battles to end discrimination against our indigenous children few have been victorious. Cindy Blackstock recently led one that was. It took nine years to win it.

The battle with the federal government began in 2007. The Caring Society, together with the Assembly of First Nations, filed a complaint with the Canadian Human Rights Commission. The complaint charged that the Harper government discriminated against First Nation’s children by underfunding child welfare programs.

The Harper government retaliated. They cut funding to the Caring Society.  They launched a secret investigation of her personal life and monitored her Facebook page. On one occasion she was the only person denied entry to an important ministerial meeting with the First Nations chiefs of Ontario.

Cindy remembers: “I cleared all the proper security clearances and everything else and was conducting myself in a professional manner when I was refused access to that meeting. In fact, the chiefs were told if I went in the room, the meeting would not go forward.”

This abuse of power led Cindy to lodge another personal complaint with the Canadian Human Rights Commission. The commission again ruled in her favour and found that a government official had “retaliated” against her. The Department of Aboriginal Affairs was ordered to pay her $20,000. She donated it all to children’s charities.

Finally, in 2016, nine years after it began, the historic case resulted in a landmark ruling from the Canadian Human Rights Tribunal. It determined that the government had indeed discriminated against First Nations children on reserves by underfunding social services.

The Canadian government had spent over $5 million dollars fighting it. 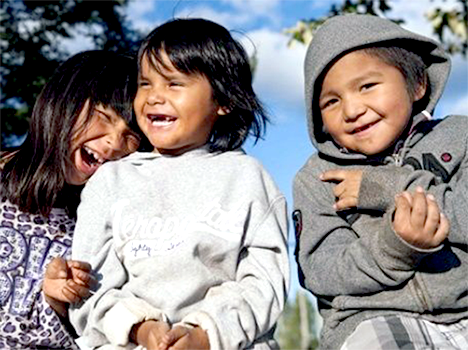 A lifelong refusal to live in a lie

Cindy Blackstock was born a member of the Gitxsan First Nation in Burns Lake, British Columbia. While just a little girl, she became aware of the double standard that allowed Canadians to feel morally superior to Americans as they watched the actions of the Ku Klux Klan and the challenges to the American civil-rights movement on their TV screens each evening, while remaining oblivious to the extreme poverty and the shameful racism faced by their own First Nation’s communities and to the part the Canadian government had in perpetuating it.

“That injustice, and that refusal to accept it, was something that would just be a trajectory throughout my life,” she said.

This early awareness led her to get a degree in social work. Her work brought her face to face with the mechanisms that destroyed indigenous communities. Children were ripped from their families. Reserves had no safe running water. Hunger was normal. The government did nothing to fix any of it.

She saw the multigenerational trauma of residential schools and the tragic lack of accessible resources for the kids who were suffering. She could see generation after generation of children slipping into the black hole created by government intransigent indifference and society’s bigotry. She couldn’t stand by and let it happen.

“I really believe that the greatness of the country and of our joint society … is bound up in the possibility of raising a generation of First Nations who never have to recover from their childhoods, and a group of non-aboriginal children who never have to say they’re sorry.”

By the time she became Dr. Blackstock, with a PhD from the Factor-Inwentash Faculty of Social Work at the University of Toronto, she had come to believe that systemic issues had to be confronted at their root. She felt that the only way to change things would be to take on the entire system.

That’s what she did in the nine-year fight with the federal government. But the win there did not end that battle.

The federal government is dragging its feet. The Tribunal has found it necessary to issue an order expressing concern over the government’s lack of action, and another ordering it to cease its discriminatory conduct.

A further two non-compliance orders have been issued by the Tribunal with a third one pending. Although the government has announced plans for new funding, as Blackstock says, “It doesn’t matter how many announcements they make or how many smiles they give … we should all be accountable for what’s actually happening to these children on the ground level.”

Dr. Cindy Blackstock continues to speak out and share her message with audiences across the country. She is determined to take further legal action if the government does not live up to its obligations. Her legendary status as an activist is built upon her resolve and persistence.

No need to recover or say sorry

Cindy Blackstock refuses to give up on Canada: “I really believe that the greatness of the country and of our joint society … is bound up in the possibility of raising a generation of First Nations who never have to recover from their childhoods, and a group of non-aboriginal children who never have to say they’re sorry.”

She has been honoured by the Nobel Women’s Initiative, the Aboriginal Achievement Foundation, and Frontline Defenders among many others. She was the subject of a documentary film by Alanis Obomsawin, We Can’t Make the Same Mistake Twice. She has been eulogized in award-winning poetry and has inspired activists worldwide.

Yet for Dr. Cindy Blackstock, the most important honour is, and always has been, the smiles on the faces of First Nations children when they realize their true worth and are treated with full equality and respect in the country that owes them so much more than it has ever given them.

A poem about Cindy Blackstock 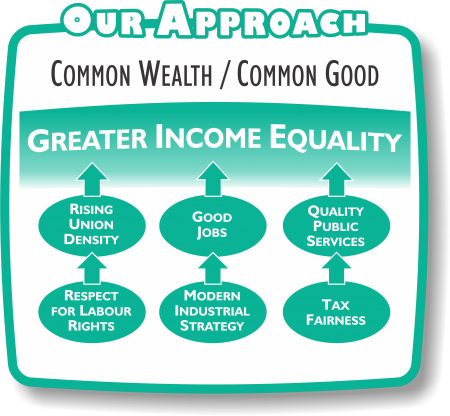