DARRIN PATEY DIDN’T WANT MARJORIE DENGIS TO BE FORCED FROM HER HOME. He’s certain now that she won’t be. He’s certain the new county council will not stick with a decision to sell the Grey Gables long-term care home in Markdale, Ontario, a community of just over 1000 people, 250 kilometers north of Toronto.

Marjorie Dengis is happy at home in Grey Gables in Markdale, Ontario

DARRIN PATEY DIDN’T WANT MARJORIE DENGIS TO BE FORCED FROM HER HOME. He’s certain now that she won’t be. He’s certain the new county council will not stick with a decision to sell the Grey Gables long-term care home in Markdale, Ontario, a community of just over 1000 people, 250 kilometers north of Toronto.

Grey Gables is owned by the people of Grey County. It is home to Marjorie and 65 other seniors. That’s the way a lot of Grey County people want to keep it. So many that they elected 10 new people to council in October to make sure of it. The election victory was the summit of months and months of citizen action, buttressed by support from the Ontario Public Service Employees Union (OPSEU).

“We worked side by side with OPSEU,” says Darrin, a key leader in the community campaign to stop the sale of Grey Gables to a private operator. “They were involved with picketing and organized rallying. We put together an alternative plan to present to the county and they denied our delegation.”

“It’s like they want to take $1.2 million that belongs to Grey County residents and set it on fire,” said OPSEU president Smokey Thomas.“We’re not going to sit by and let these councillors waste more than a million dollars, force seniors to move farther away from their families and push them into lower-quality care.”

“I want to stay here. I don’t think they should do that at all. It’s the worst idea I’ve heard in a long time,” says Grey Gables resident Olga Rae.

“I don’t want to move,” says Loraine Zorowski. “Grey Gables is my home.” Her daughter lives close by, she says, and visits her almost every day. Loraine is afraid that would change with a move. 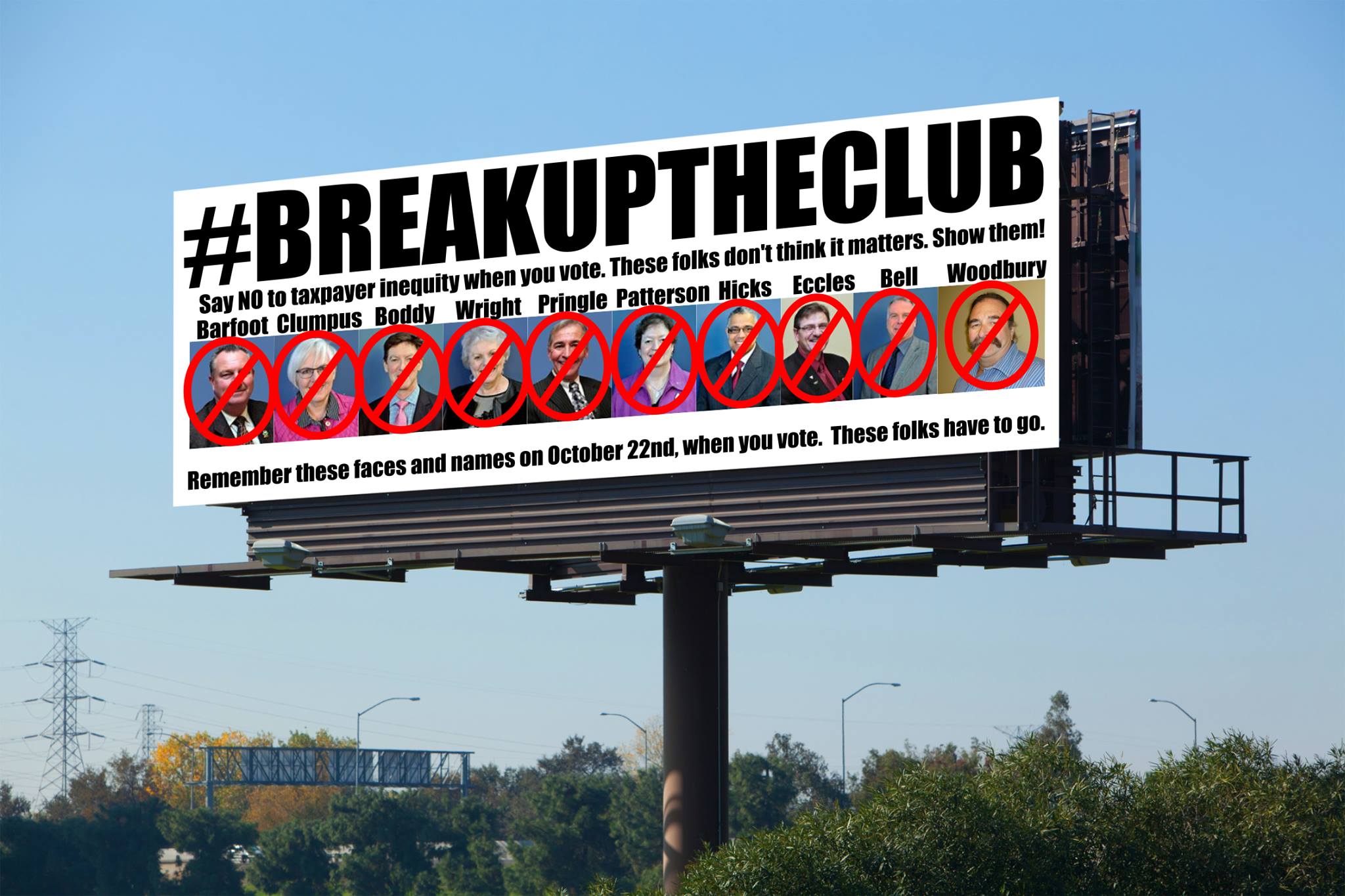 A petition to stop the proposed sale got 46,000 signatures. It had no effect.

“We are feeling that some of these folks are doing wrong to their neighbours and are not listening to the public,” said Darrin.

It became clear to Darrin that is was time to focus on the fall elections and to  “break up the club.”

Darrin headed-up a strong Facebook and Twitter campaign with the hashtag, #BREAKUPTHECLUB. The campaign called on voters not to re-elect councillors who voted for the plan to sell Grey Gables to a private operator and force residents to move out.

The citizen activists turned the Grey Gables proposed sale into an election hot potato issue. The sitting council—the one that had approved the sale—was unhappy about that. Darrin says they even tried to find a way to charge the community group under the Ontario Election Finances Act.

“I guess they just skimmed the third-party advertising laws when they read them,” says Derrin, “and missed the part where social media posts don’t count.”

Confident sale will not happen

The citizens’ action group attended all-candidates meetings to keep the sale issue front and centre. They missed no opportunity to speak out loud and clear for candidates opposed to the privatization. It all paid off. A substantial majority of those “no sale candidates” were elected.

Darrin is confident the new council will overturn the plan to sell off Grey Gables at its first meeting on December 7.

Premier Doug Ford has promised to fund more long-term care beds in Ontario. He has not promised to make sure those beds are in publicly-owned facilities.