THEY ARE NOBODY’S DREAM HOMES. Taking a bath could bring the whole room crashing down. Rotting floors make many toilets unsafe to use. Rats, mice and cockroaches are everybody’s uninvited roommates. Yet the the dozens of Single Room Occupancy (SRO) hotels in Vancouver are home to thousands of people down on their luck.

Jack Gates brought his mattress to the mayor

THEY ARE NOBODY’S DREAM HOMES. Taking a bath could bring the whole room crashing down. Rotting floors make many toilets unsafe to use. Rats, mice and cockroaches are everybody’s uninvited roommates. Yet the the dozens of Single Room Occupancy (SRO) hotels in Vancouver are home to thousands of people down on their luck.

The problem is, fixing the situation of thousands living in buildings “unfit for human habitation” in one of the richest nations in the world is not easy in the hottest real estate market in Canada.

Millions for a burned out hulk

Vancouver is now the third least affordable city in the world. One study found that Vancouver has undergone the worst deterioration of any major housing market in the world in recent years.

In August, a property agent revealed that a house that burned down last year in the high-end Kitsilano neighbourhood is on the market at $3.9 million. All that remains of the house is a pile of rubble.

Even so, the agent says its worth the price tag because of the location and the opportunity for the new owner to build from scratch. He claimed that the ruins of a house in the city centre would have sold for around $10 million.

The city’s long-term goal is to continue to replace aging SROs with social-housing units that have private bathrooms. The catch is that closing SROs leaves hundreds homeless.

The SROs are very valuable property to their owners. They are also very valuable housing for our poor. Activists ask: “Is building luxury condos the only viable industry left in B.C.? And why is the benefit from development not going to solve the housing problem in B.C.?” 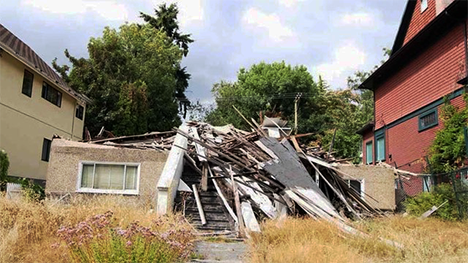 Pile of rubble worth millions

Residents and activists have long campaigned for action to provide immediate decent housing for those still living in dilapidated SROs and to eliminate any need for them at all by building plenty of public low-income housing.

Jack Gates has few fond memories of the 15 years he lived at the Regent Hotel. He says he found nine people dead in their rooms over those years. He got another nasty surprise the day he turned over his mattress to find dead mice hanging out of it.

Gates took his mattress down to Vancouver city hall and propped it against mayor Gregor Robertson’s office door. He attached a note that read: “Would you sleep on this mattress, Gregor?”

Protests are bound to increase as the housing crisis deepens.

A report earlier this year found that average rent in Vancouver’s SROs rose by $139 last year to $687 per month. That means, after paying their rent, someone living on welfare only has $23 left for food, clothing and personal care for a month—less than a dollar a day. 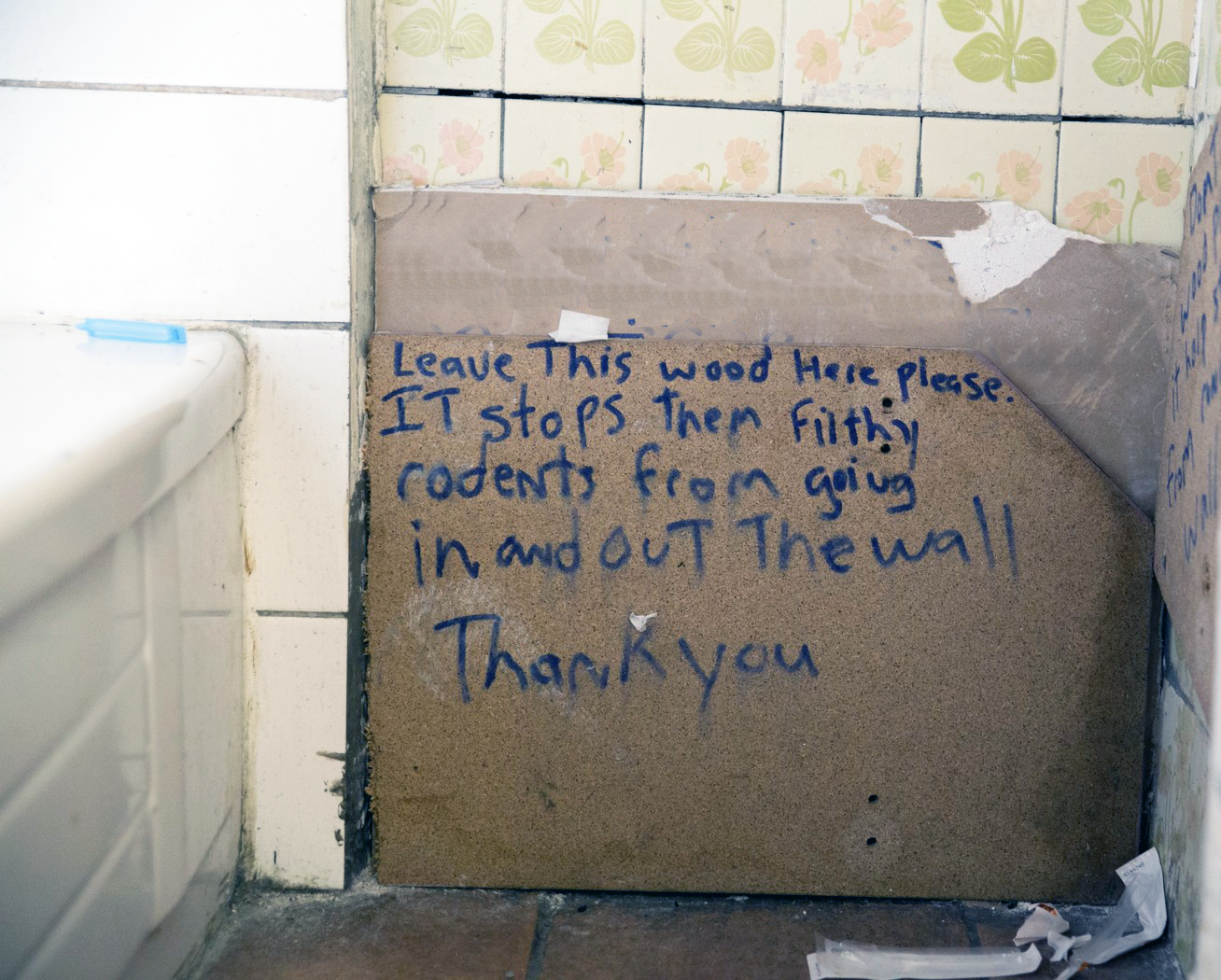 A mansion tax and an end to ‘renovictions’

The lack of housing for low-income people in Vancouver, combined with the millions being raked in by property investors and real estate agents, makes the search for a solution a hot topic in the ongoing election campaign for city council.

Jean Swanson, a long-standing campaigner for social justice in the city, is running for city council on a platform that includes a four-year rent freeze, and a mansion tax on all properties worth more than $5 million. “We need to insist that social housing goes everywhere, so we can be an inclusive city,” she said in a recent debate.

Although the City of Vancouver has imposed an empty homes tax, housing activists believe the housing crisis can only be overcome with serious provincial and federal government investments in public housing.

The Vancouver Tenants Union has long campaigned for investment in public housing and rent controls on housing units. In recent years, the Tenants Union has stopped over 20 “renovictions”, the term it uses to describe an eviction caused by higher rent prices after a unit is modernized.

The group is also looking beyond these successes by encouraging its members and supporters to fight for policy change. “We strongly distrust the popular narrative of a market-driven ‘supply solution’ to the housing crisis, which is doomed to failure without addressing speculation or the requirements of unit affordability,” writes the group.

“[T]here is the reality of a large population of working class and low-income people in need of adequate housing that the market will simply never provide of its own accord.”

The leading right-wing candidates for mayor oppose all such ideas. Instead they  try to outdo each other with offers of concessions to real estate developers and investors: such as, cutting taxes, deregulating the planning process, and allowing increased density of housing construction.