Feed Your Head
Progressive populism is as Canadian as maple syrup

DONALD TRUMP GIVES POPULISM A BAD NAME. The “populism” he purveys is not even real populism. It is a deformed and twisted version of populism—a dark evil twin of true populism, whether of left or right.

DONALD TRUMP GIVES POPULISM A BAD NAME. The “populism” he purveys is not even real populism. It is a deformed and twisted version of populism—a dark evil twin of true populism, whether of left or right.

Wikipedia says: “In politics, populism refers to a range of approaches which emphasize the role of “the people” and often juxtapose this group against “the elite.” Differences over the best ways to unseat the elites is what separates right wing populists from left wing populists.

True populist parties, of the right and left, have had their day many times in Canada and the USA over the past 150 years. 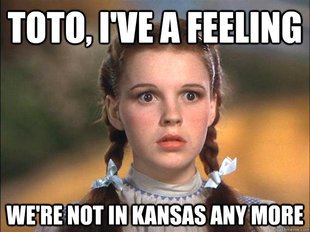 “The Wizard of Oz”, for example, was probably written as an elaborate metaphor to support the rise of a third-party populist campaign in Kansas and other mid-western states in the USA in the 1890s. The campaign aim was to wrest power from bankers and business leaders. (Think gold for the yellow brick road and ounce for Oz and you begin to get an idea of the true meaning under the so-called children’s fable of the Wizard of Oz.)

But, no truly populist campaign ever traded in the hard-bitten hate and calculated incitement to hate that Trump uses to “fire up his base.”

Our kind of populism

Canada has a long and robust tradition of progressive populism, going back at least to 1915, when the Non-Partisan League, a socialist agrarian protest movement originating in North Dakota, was imported into the prairie provinces. It became a serious force here after its American counterpart swept the North Dakota elections in 1916.

Active in electoral politics at both provincial and federal levels, the League lobbied on behalf of small farmers against eastern banks and corporate interests. In 1917, it captured two seats in the Alberta legislature.

The United Farmers of Alberta (UFA), originally a progressive non-partisan grassroots lobby group, launched its own political arm and absorbed the League in 1919. It went on to be spectacularly successful provincially, winning a majority in the Alberta legislature in 1921, and remaining in power until 1935. Like the League, the UFA opposed political parties, insisting that its elected members be guided entirely by their respective constituency organizations.

The United Farmers movement was not confined to Alberta. The United Farmers of Ontario formed the provincial government from 1919-1923, in coalition with the Independent Labour Party (ILP). It introduced allowances for widows and children and a women’s minimum wage, expanded Hydro into rural areas, and created a provincially-owned bank that would lend money to farmers at a lower rate. It undertook major public works, too: a massive reforestation program and beginning the construction of our modern highway system.

The United Farmers of Manitoba won power in Manitoba without a leader in 1922, and governed until 1942. Its elected representatives called themselves the Progressive Party of Manitoba. It was less progressive, however, than the other United Farmers’ governments—and in 1942, it was a co-founder of the federal Progressive Conservative Party.

Till power is brought to pooling

Till Power Is Brought to Pooling is the title of a book of speeches made by Tommy Douglas, one of the most successful progressive political leaders Canada has ever had. The title reaches back to a forgotten time. Yet, although obscure today, there could be no Canadian reference more fitting for a book praising and promoting the power of progressive populism.

Saskatchewan wheat farmers used “pooling” to break free of corporate control of their lives. They took direct action to create the Saskatchewan Wheat Pool in 1923—a co-operative marketing organization imagined, created, owned and controlled by the farmers themselves.

Thousands of volunteer organizers travelled from farmhouse to farmhouse to get farmers to put their futures into the hands of the untested “wheat pool.” Farmers trusted other farmers. In less than a year 45,000 farmers had signed contracts agreeing to sell all their wheat through The Pool for five years—in the full knowledge that the huge private grain marketing companies would retaliate by manipulating prices.

The Pool was a huge success—perhaps the greatest success for progressive populism in Canada ever. It delivered stable prices to prairie wheat farmers for over half a century. 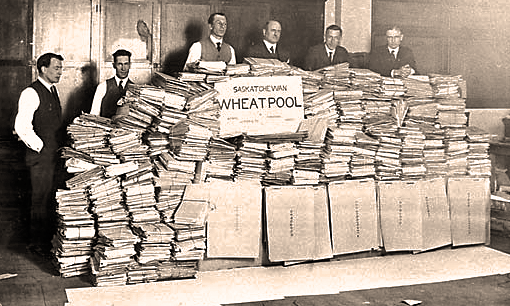 The United Farmers of Canada (Saskatchewan Section) also pushed for progressive reforms in education and health care. In 1932, it joined forces with the ILP to form the Farmer-Labour Group, which in 1934 won five seats in the Saskatchewan legislature. The coalition then affiliated with the newly-created Co-operative Commonwealth Federation, becoming the Saskatchewan CCF, which first introduced medicare in 1962.

On the national level, there was the Progressive Party, an uneasy coalition of radical Ontario and prairie farmers and dissident federal Liberals, founded in 1920. One year later, it won 65 seats in the west, Ontario and New Brunswick, becoming the second-largest party in Parliament. The party rapidly declined in popularity, however: some of its members eventually joined the CCF, others the Progressive Conservative Party.

The best known of all of these allied populist movements was the Co-operative Commonwealth Federation, founded in Calgary in 1932 by a number of groups, including the UFA, unions and progressive academics. Its members embraced electoral politics, running federally and provincially, and many were elected—the CCF governed Saskatchewan by 1944, and had 28 federal MPs by 1945.

But the Cold War intervened, and as a left-wing party, the CCF was stigmatized and rapidly declined in the 1950s. In 1961, it joined with the CLC to form the NDP.

It was just one more example of how grassroots radicalism had been effectively taken over by orthodox party politics. Formal electoral politics is in many ways contradictory to a populist movement, even if the former springs from the latter. In Canada, there has always been a tension between the two.

Can left-populist “movement” politics be socially transformative (as proposed in the LEAP Manifesto, and a few years ago by the New Politics Initiative), instead of running out of steam as has so often been the case?

Can electoral politics be reconstructed to offer more policy options, with far more accountability to constituents between elections? Can political decision-making be decentralized, and electoral politics integrated with ongoing grassroots initiatives, so that ordinary citizens feel engaged instead of ignored?

Perhaps our history of strong progressive populism can help us find practical answers to those increasingly urgent questions.